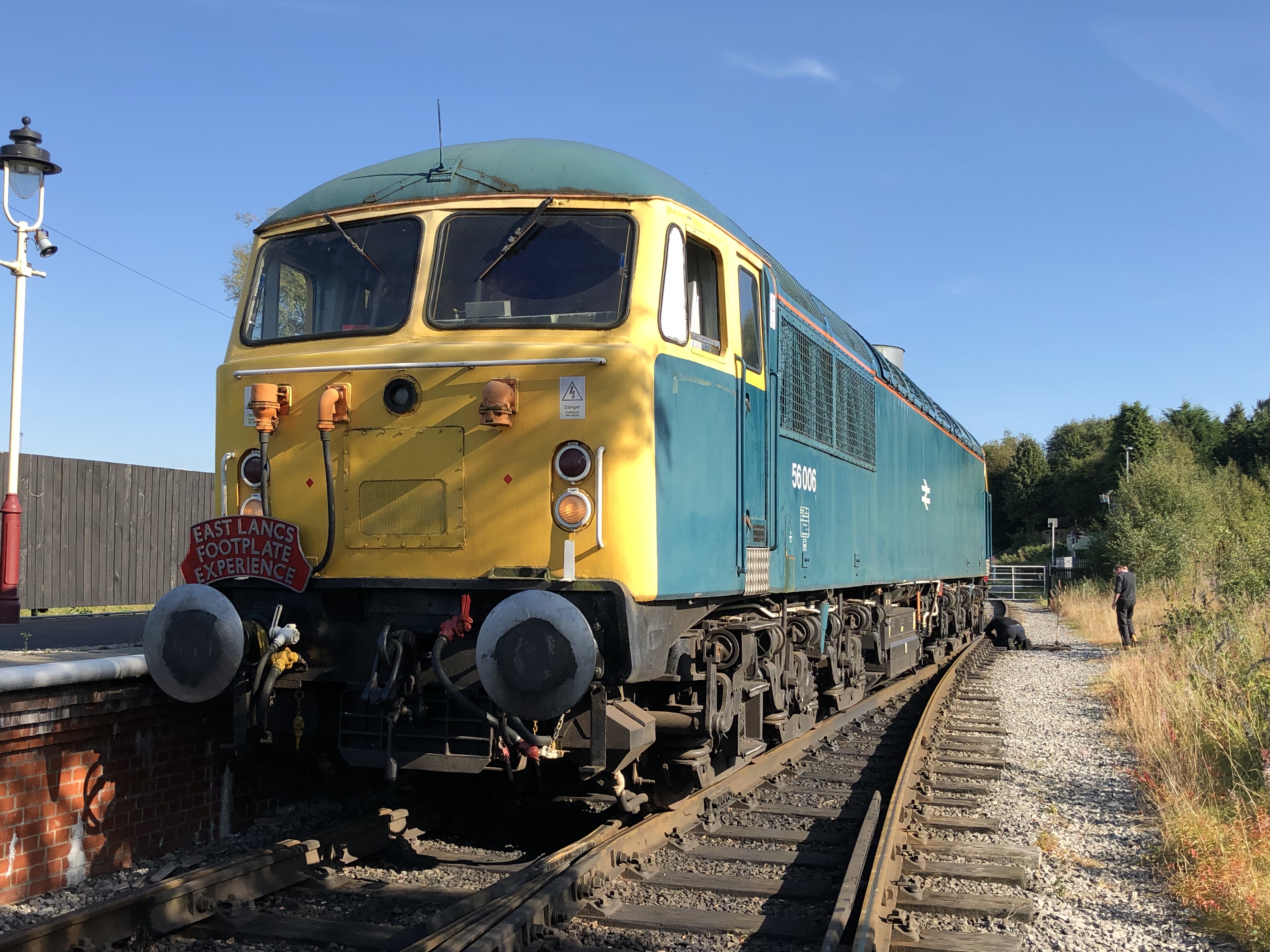 56006 ran some driver experience trips on the 19th September.

The class 24 had been booked to operate all day but as there were no customers after 1pm it was decided to give the 56 a run out if we could find anyone wanting to drive a 56.

Due to the late notice we only found one customer (via the WNXX Railway forum ) and unusually he requested the trips as light engine runs rather than with the rake of mk1 coaches.

A headboad was provided and the loco performed without problem. 56006 was accompanied by Danny Sladdin from or technical team and Danny provided the attached photograph taken during the reversal at Heywood.

Further footplate experience trips with 56006 are planned for the 11th October 2019 and into 2020 and hopefully 56006 will take part again. Anyone interested can contact via C56G or direct with ELR via their website.