56103 made an unusual appearance for the class to the Breckland Line last Wednesday, when it worked the 6Z35 0824 Willesden DC Rail Sidings – Dereham (Mid Norfolk Railway), conveying the twelve PNA wagons previously used by DC Rail which have been sold by the wagon leasing company (VTG). The wagons are to be utilised for the movement of ballast and spoil on the Mid Norfolk Railway, in conjunction with a three-year contract with Greater Anglia for provision of siding space whilst the company undertakes a fleet replacement programme.

Several images taken by Steve Goodrum can be found below. Many thanks to Steve for allowing their use here. 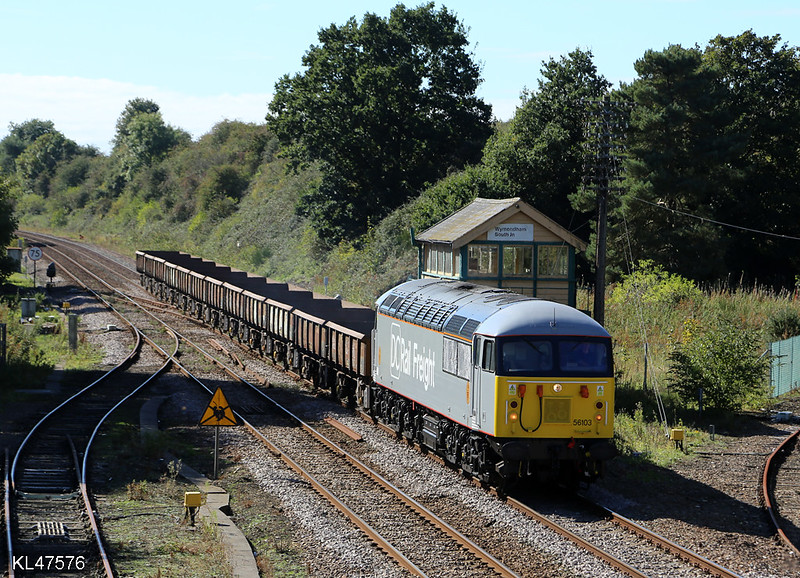 56103 in the platform at Wymondham, prior to propelling the wagons onto Mid Norfolk Railway metals: 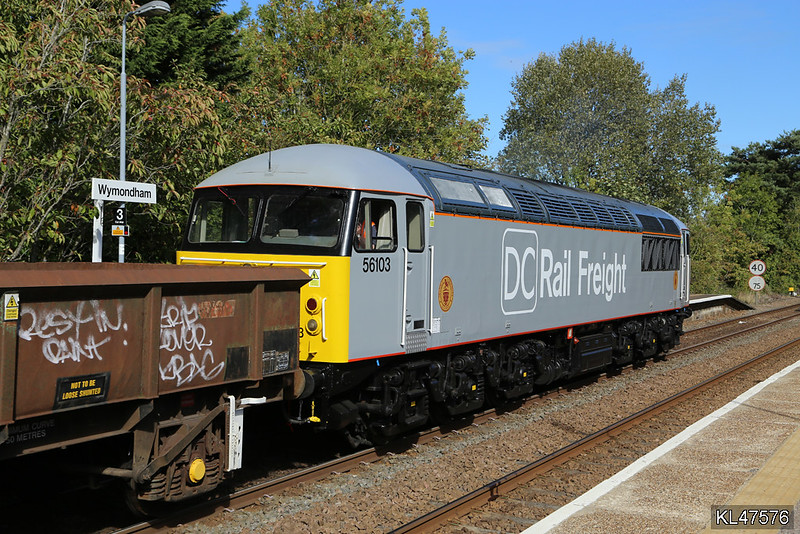 The loco is now adorned with ‘Devon & Cornwall Railway’ stickers at each end: 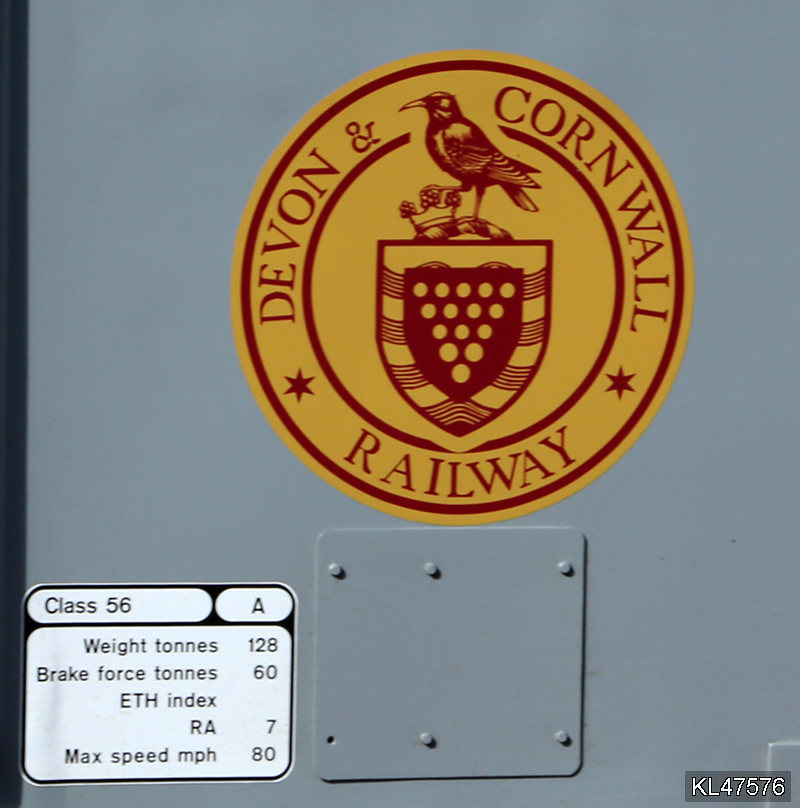