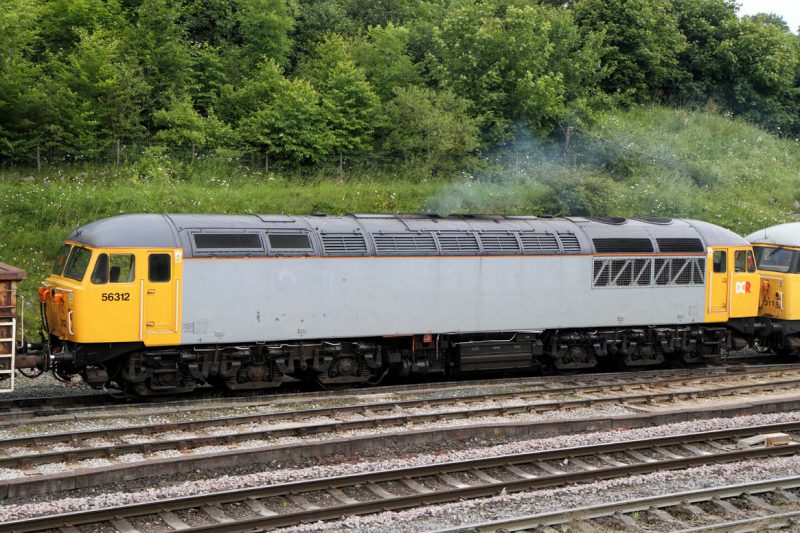 Following a couple of ballast trains from Shap to the Foxton branch last year, spoil trains have commenced running to the site. They have been operated by DBS but this week has seen a couple of route learning runs operated by DCR using 56312.

It was originally speculated that DCR would operate the spoil trains and this latest development may be a sign of a change in the current arrangements.

27/2/17 As of this week 3 trains seem to be operating . DBC 66s seem to be the current traction provider but   rumour has it GBRf are due to take over at some point. The possibility of 56s on these trains seems to be receding but for the record the workings are:-