GB Railfreight (GBRf) has this week confirmed that it has acquired sixteen class 56 locomotives from UK Rail Leasing Ltd (UKRL), along with a number of spares and materials.

The purchase, which includes a mixture of both serviceable and stored, non-operational ‘donor’ locomotives, is a result of the continued growth in the railway services that GBRf provide. The company could not confirm nor deny any prospective plans for re-engineering the locomotives at this stage, as this is still subject to the final contract. However, it has stated that some of the locos will be moved from Leicester to various locations across the UK for further storage pending the option of re-engineering, whilst a small number could remain at Leicester and returned to service as ‘standard’ class 56s. 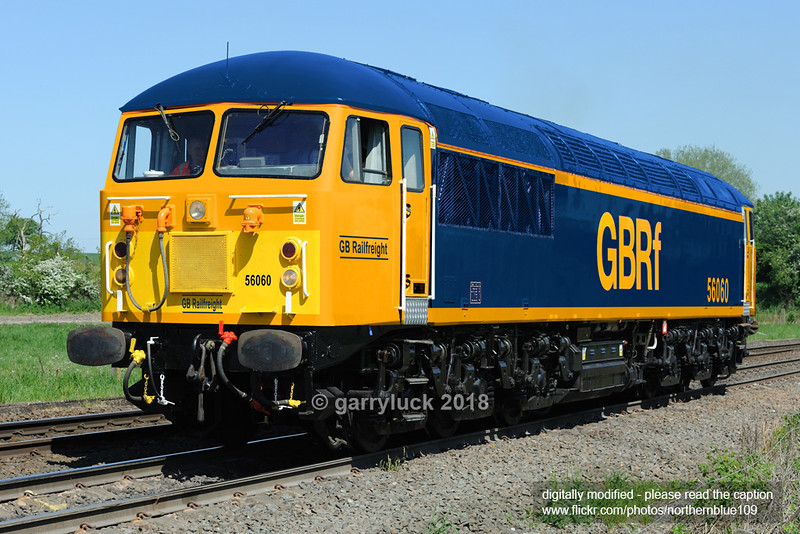 Above: A glimpse into the future? A rough idea of what a class 56 might look like in GBRf colours. Image copyright: Garry Luck (based on an original photo by Ben Wheeler).

In a statement by the company, GBRf Managing Director John Smith said:

“This is an important deal for us as it provides much needed capacity for our expanding business. At a time when rail freight is facing an uncertain future, GBRf is able to say it is growing and confident that the industry will overcome current challenges. With ambitious housing and infrastructure targets, growing consumer demand, and the need to reduce carbon emissions, rail freight must be ready to play a central role.”