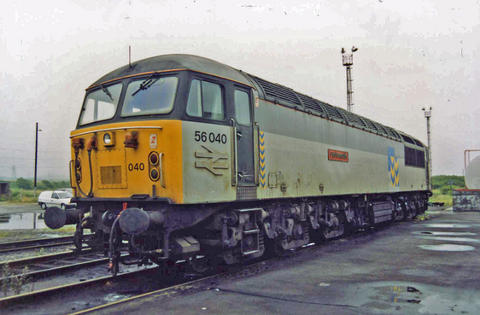 All photographs used on this site have been submitted (generally by members or supporters of the Class 56 Group) who have given permission for the images to be used by the group. As we build up the photo galleries, some pictures may remain uncredited, either because the photographs we have have been submitted over many years and the identity of the original photographer is not known, or because of an oversight. If you think we’ve used a photograph of yours and it isn’t credited, please accept our apology and get in touch so we can correct things.