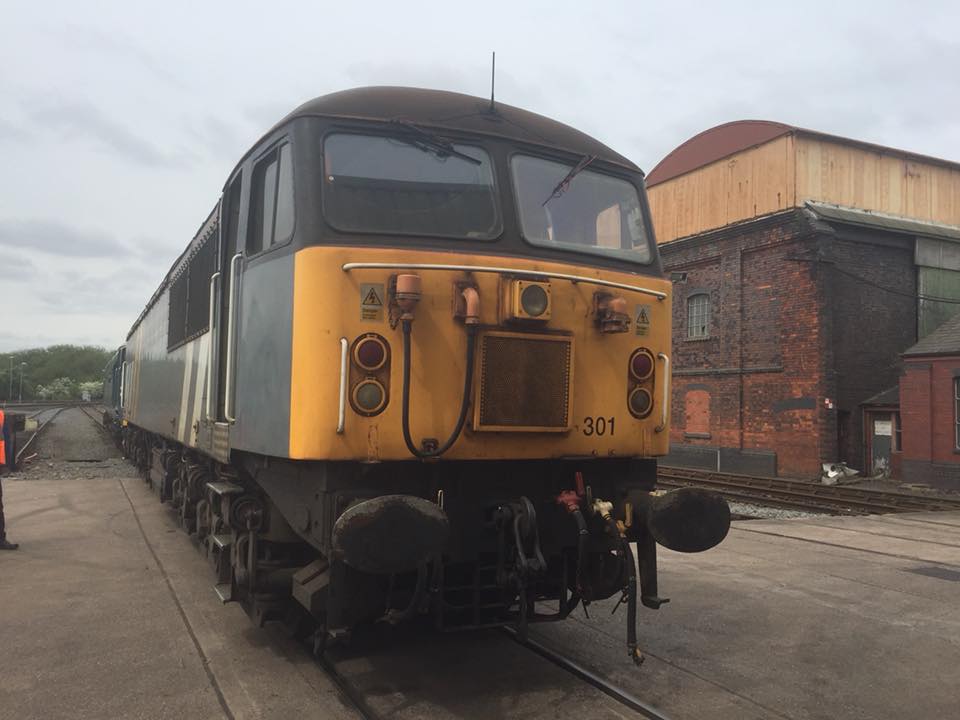 56301 arrived back at it’s home depot of Leicester on Wednesday evening, having been hauled from Tyseley by Garcia Hanson’s 50008. The move was operated by DC Rail and we thank them for their involvement in proceedings. Further news on 56301’s return to traffic will be made available as and when it is known.

In related news, Colas Rail have published an image on their Twitter feed of 56049 ‘Robin of Templecombe’ inside the depot at Nottingham Eastcroft on Friday receiving attention, prior to the locomotive’s return to mainline service later this Summer:

Heavy engineering for one of our locomotives all 3250 horse power! #freightfriday pic.twitter.com/eSvuav2Vqa

56303 has been out on route learning duties with DC Rail this week and should be working the Barrington spoil trip on Tuesday 22nd May, timings are as follows: