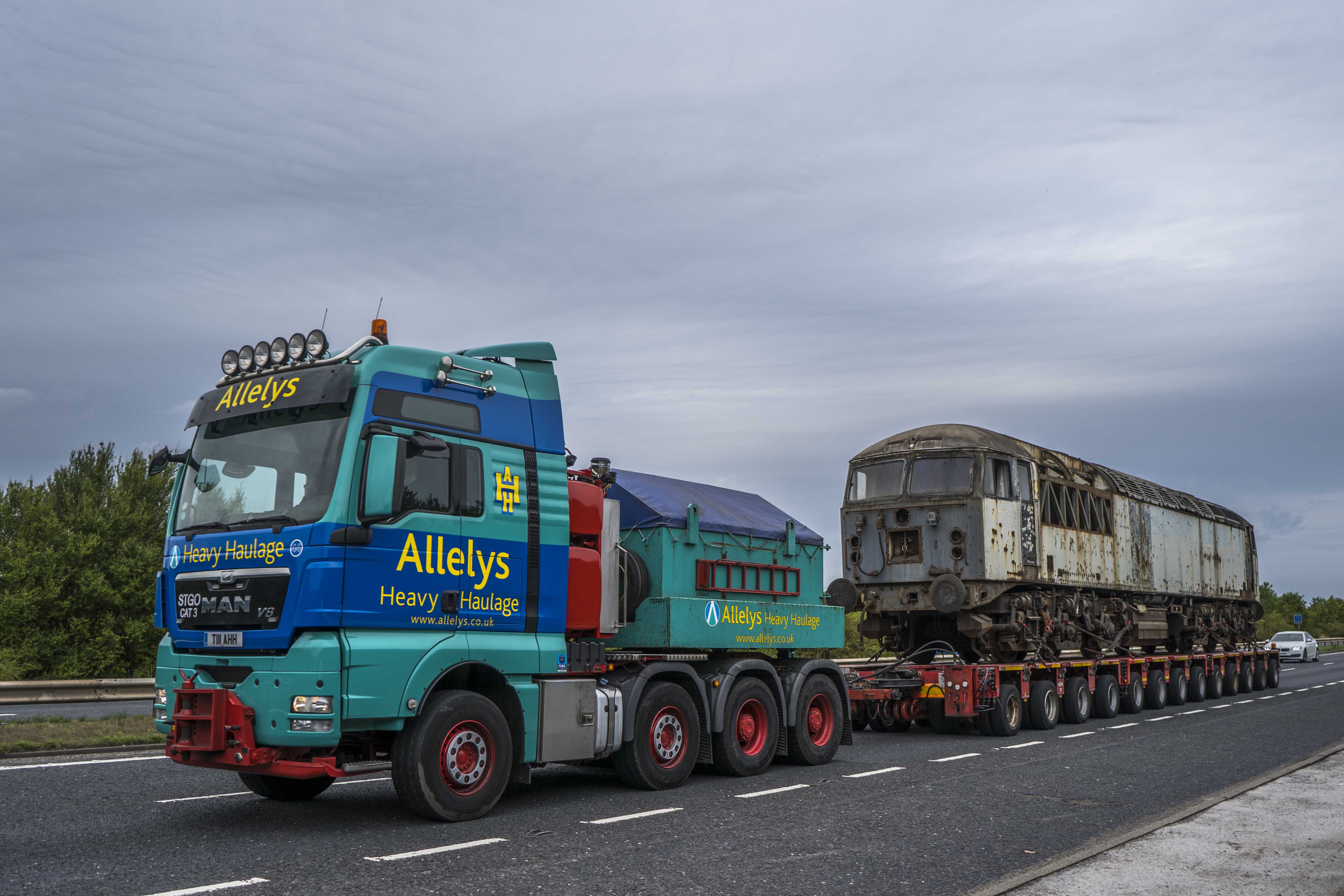 By way of update , and demonstrating the truth of our post of almost a year ago, 56128 now resides at Longport and although initilally lined up as a standby in case any of the other 56’s dropped out of the program, it is understood the loco could now form part of the project .

Similar things happened with the class 57/0 project when a locomotive was found to have been suffering from a collision many years previously. The damage rled the loco out of becoming a 57/0 and anothe rclass 47 took its place.

If 56128 were to become a class 69 it would be one of a handful of surviving Crewe built locos. Crewe BREL built 56116-56135 to allow Doncaster to switch over to class 58 production . The srvivors being:-

By way of comparisson the ‘ poor quality’ Romanian batch seem to have faired slightly better in terms of number of locos surviving:-

Further to the recent reports on the road movement of 56128, we received the above image from Phillip Betesta.

There was a time when any photograph of a loco heading to a scrapyard could be confidently captioned with the phrase ‘final journey’. However, recent times seem to have proved this to be incorrect, as several locos have reappeared again. Let’s hope the future is brighter for 56128 this time around?

Interestingly, the loco carries round OLEO buffers at both ends. As a Crewe built loco, 56128 would have had oval buffers fitted throughout its working life. The only known exception being 56125 which carried a set of round OLEOs at one end only for a period.

Notice: Trying to access array offset on value of type null in \\HP3-WINC1-SMB2.HOSTINGP3.LOCAL\DOMAINSZ\989\692989\user\htdocs\wp-content\plugins\woocommerce\includes\class-woocommerce.php on line 190