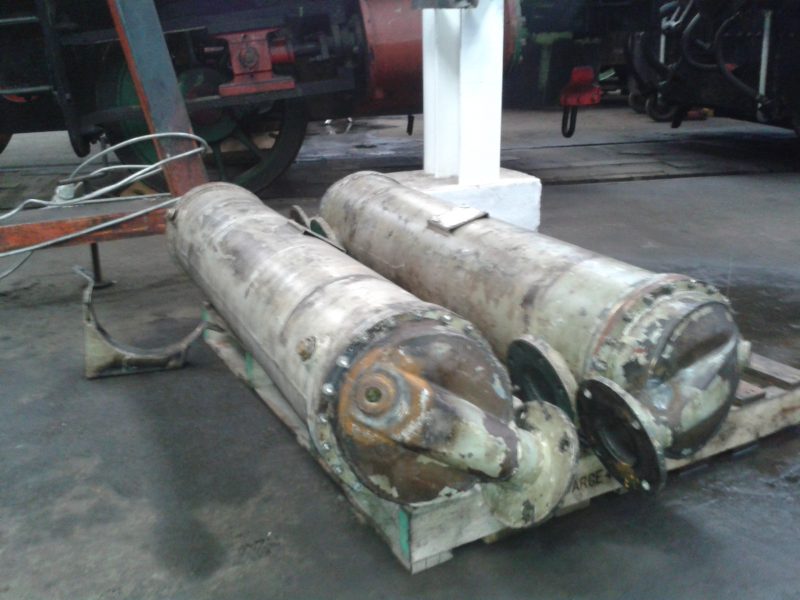 During the early part of the year some of our remaining spares at Barrow Hill were relacated to our storage location in the Rotherham area. Many of these spares we heavy items such as traction motors , turbochargers and intercoolers (see picture ) . Some belonged to the Class 58 Locomotive Group and came from 58045, while our parts were those recovered from 56 040 .

The reorganisation of the Barrow Hill facility as part of its progression toward full museum status had necesitated the move of the parts . The HIAB vehicle was provided by Spectrum Freight and the move was supervised by Class 56 Group members Mick Palfreyman and Gareth Broughton.