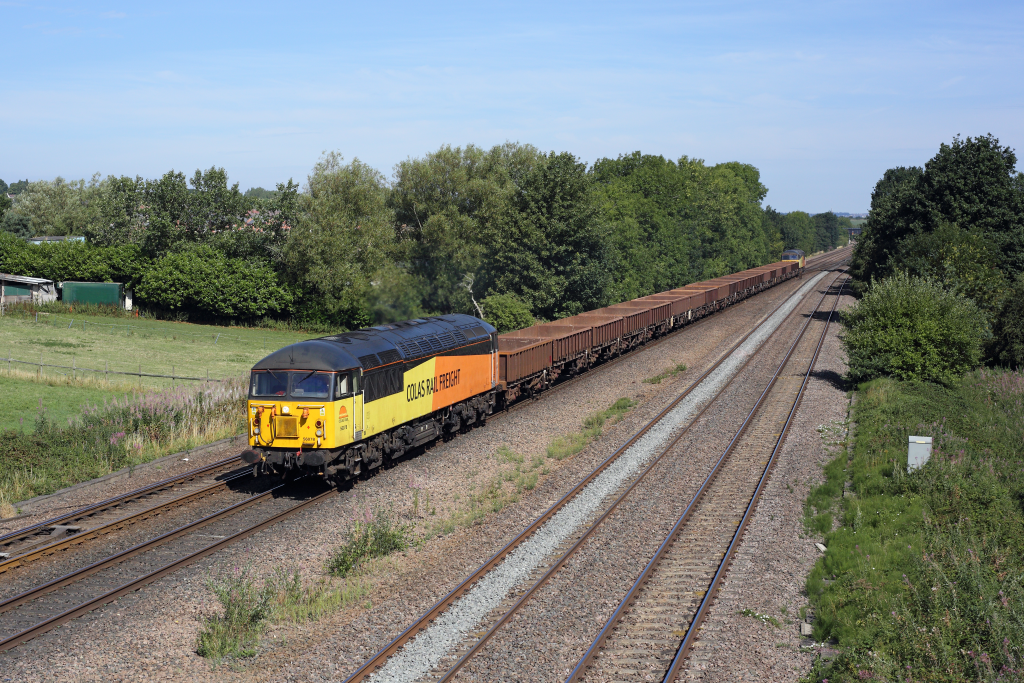 Fresh Paint – 56103 at Willesden ‘F’ Sidings is currently being prepared for a repaint into DC Rail’s dark grey livery, similar to that currently still worn by GBRf-owned 56311 / 56312 and the now preserved ex-DC Rail veteran 31601. The 56 has been deployed on their spoil trains between Willesden, Calvert and Wembley since late July but will be out of traffic for a couple of weeks to allow the relevant prep and paintwork to be undertaken.

56301 – The Class 56 Group’s 56301 was in action on Monday (6th August), working the 0Z26 1127 Leicester Depot – Knighton Junction with Garcia Hanson’s 50008. Following an unsuccessful attempt on 24th July, the pair returned to Leicester Depot sandwiching 27059, departing some 69 minutes ahead of schedule as 0Z27. The partially-restored class 27 had arrived at Knighton by road earlier this year from Tyseley and was merely awaiting rail movement the short distance to Leicester.

56049 – The latest and second-to-last 56 to be returned to front line service with Colas Rail, 56049 successfully undertook its test run from Nottingham Eastcroft to Crewe and back on Monday, running as 0Z56 with classmate 56096 and Boden Rail’s 50017 & 50050 also in the consist for insurance. 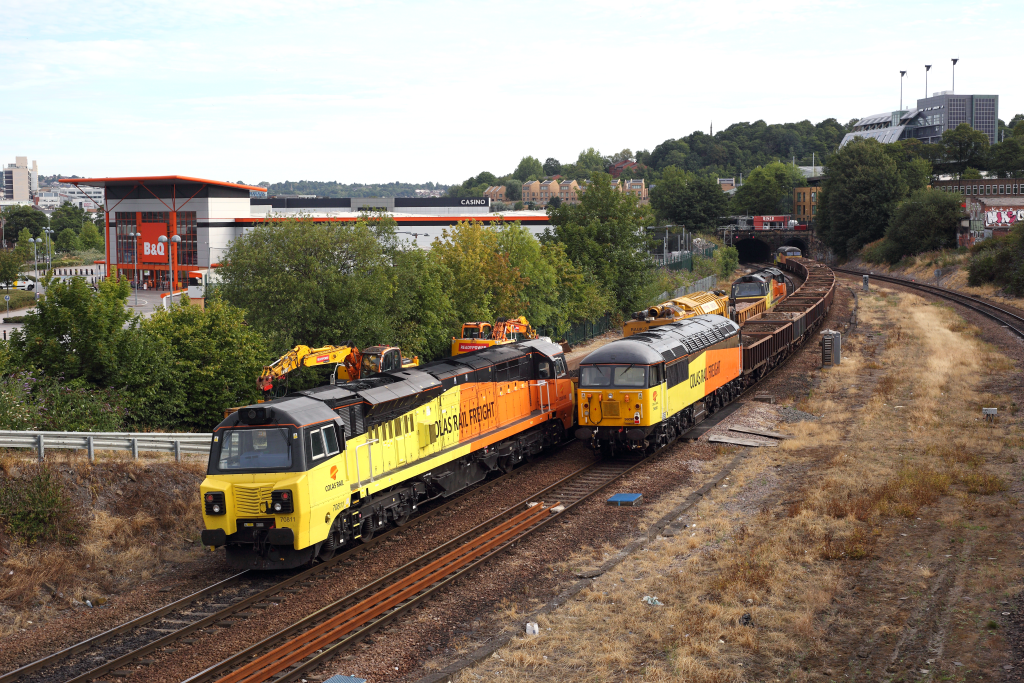 56094 was then in action again on Sunday afternoon with the 6C77 1555 Belmont Down Yard – Spalding, hauling a rail discharge train along with DB Cargo’s 66160 which was dead on the rear (presumably to negate the need to run-round in Peterborough Yard). After performing a rail drop in the Spalding area, the set returned empty to Doncaster on Monday morning, diverted via Lincoln rather than the booked route via Peterborough & ECML and with the class 66 leading.

Preston Tanks – With 70811 firmly in charge on Monday, ‘normal service’ was then resumed from Tuesday onwards again with 56090 & 56094 taking grip of the 6M32 Lindsey Oil Refinery – Preston Docks (Ribble Rail) & 6E32 return. There are suggestions that the ousting of class 60 traction from Colas Rail to GBRf could well result in class 56s being commonplace on such flows in the near future.