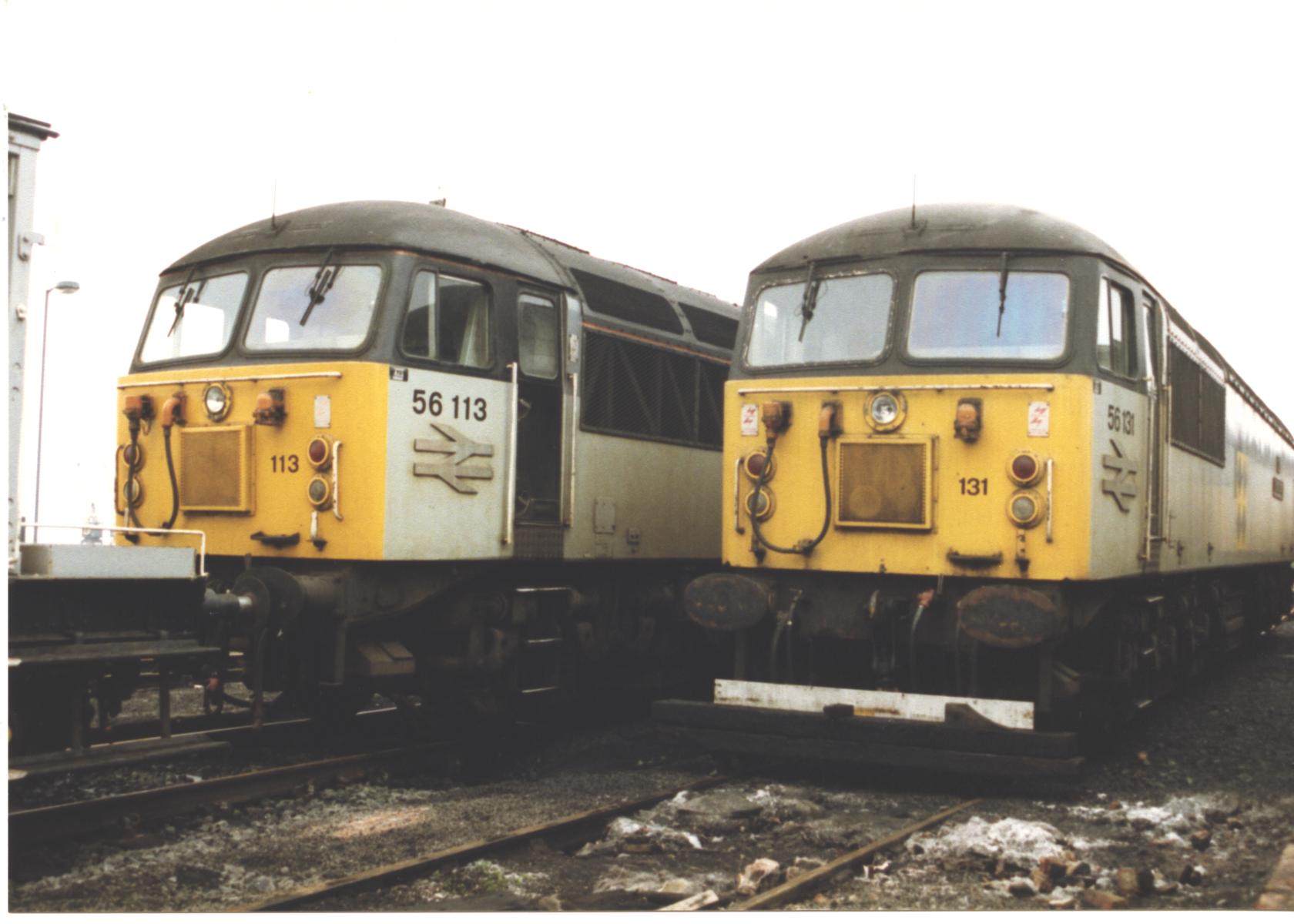 A day at Bury on Monday 13th saw the defective auxiliary alternator coil replaced on 56006. The loco started first time afterwards, all three lamps on the control cubicle were lit and indicating output of all three phases was restored. A few other less serious faults remain outstanding but these should be fixed when availability of parts and labour coincide again. Hopefully this will be before Christmas, as 56006 has been allocated some ELR duties in February.

56301’s situation was made interesting with the recent announcement that all of the fleet DCR currently use (actually owned by RMS Locotec) have been put up for sale. 56091/56103/56303/56311/56312 & 56128 and a number of class 31s are all available for sale. Washwood Heath is being prepared for construction works associated with HS2 and it is believed the deadline is approaching for the site to be cleared.

A direct result was 56303 returning to Derby on Friday 10th November, leaving 56301 at Wembley. The 6Z16/6Z17 workings were reported as cancelled due to crew shortages. 56301 stood at Wembley until Tuesday 14th, before being loaned to ROG who operated the later running path to Barrington. 56301 worked the duty on Wednesday, hauling 21 bogie box wagons (1850 tonnes) and then worked the same train on the Thursday and Friday too.

56301 sat at Wembley until Wednesday 22nd when ROG used her to collect some barrier vehicles from Clapham Yard and position them at Dollands Moor, ready for the imminent delivery of Class 707 units (707013/707014).

The units were delivered to Clapham Yard during the early hours of Saturday 25th November (departing Dollands Moor at 2238 on the Friday evening).

56301 should run to Acton at some point over the weekend or Monday to take up duties on the Bow – Calvert spoil workings. The start of these anticipated workings is dependent on the availability of 56104 which is being readied for service at UKRL, Leicester. Unlike the Barrington train, 56301 can’t operate the Bow train single handed as Network Rail guidance for the route dictates that it must be 2x class 56s for the load/gradients involved.

A look at schedules for next week would indicate the trains will operate a daily pattern as follows: