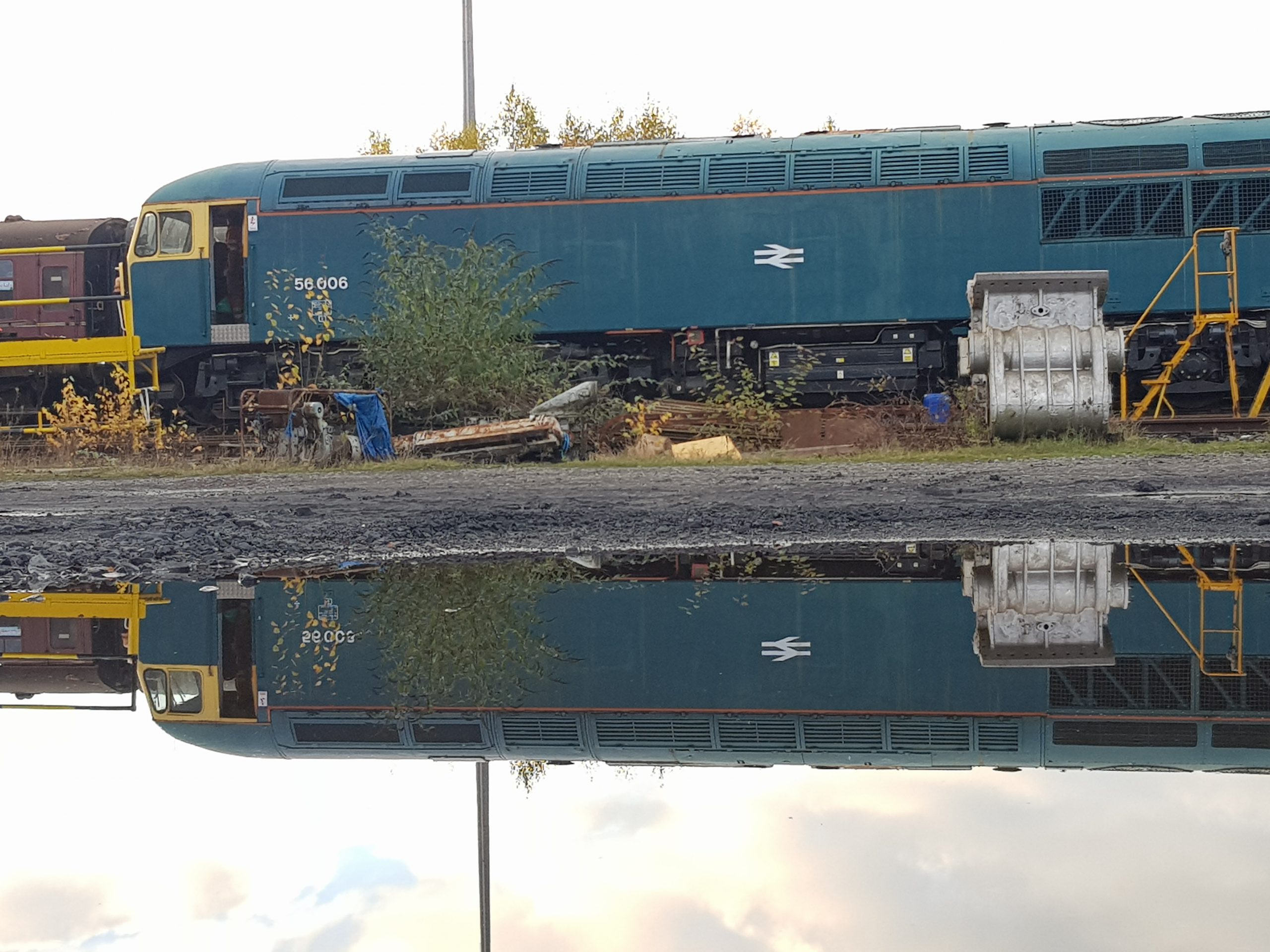 Not much to report on either locomotive :-

56006 – following a successful three days at the ELR Gala the ELR opted to use the loco on the Sunday diesel turn. 56006 was removed from the first train with a low power fault. The locomotive could have completed all three trips but would have lost time.

Investigation of the fault resulted in the exchange of a number of electronic modules. A test run was arranged on the Tuesday before the ELR September Diesel Gala . The loco ran to Heywood and back but on changing ends in Bolton Street station ready to return to the shed , a brake fault occurred and several other issues had developed before the loco got back to the shed.

As we know most of the faults are related to the damp atmosphere and lack of regular use it was decided by the four volunteers to lay up 56006 for the winter and focus the very limited volunteer base (generally 3 from a pool of only 4 volunteers) on continuing with the B exam jobs and leave the fault finding until the drier weather in the Spring. The loco has had its tarpaulin refitted and a full length tarpaulin( to cover from cab to cab is being sought).

In order to try and ensure we get as many volunteers a possible we have re-established a regular working party date and these are now set for the middle Sunday of each month.

Recent jobs carried out are:-

Calibration and adjustment of both main speedometers.

Re piping of the windscreen washer pipework both cabs. Flushing and refilling screen wash reservoirs is next job and then a test of the systems.

A fundraising appeal is about to be launched to raise funds to have the main electronic rack sent away for overhaul as it is an original design unit and the pin connectors are known to be prone to tracking in damp conditions.

Work has started on overhauling the wheelslip protection system as this has been isolated on 56006 for some time and this is one of the main jobs to be completed while 56006 is laid up over winter.

56301– GBRF are continuing with work to comply with the terms of our Peak Forest Hire Contract.(which concluded in early 2019 ). After several delays GBRF are now reporting progress is now being made and we are hopeful of some better news soon.